Israeli settlements in occupied territories violate some of the highest norms under international law. This includes rules that are, in the words of the International Court of Justice, intransgressible principles that are fundamental to the respect of humanity. These rules are not abstract, but very recognizable. Specifically settlements violate the following peremptory norms:

As a result of these breaches, all states and the United Nations have continuously emphasized that settlements are illegal. Because of their illegality and seriousness, international law mandates other states to not recognize or assist these violations. In this case that means that states cannot recognize or assist settlements and other grave breaches of those highest norms by Israel. This was confirmed by the International Court of Justice in its Wall Opinion and by the United Nations Security Council as early as 1980 when it “called upon all States not to provide Israel with any assistance to be used specifically in connection with settlements in the occupied territories”.

Importantly, stopping trade with settlements is not a sanction. Sanctions are positive obligations that target a specific country and are withdrawn when a violation is stopped. They are optional or obligatory in response to a UN Security Council resolution. Stopping trade with settlements is however a negative obligation that requires that such trade does not take place with any settlements in any occupation. They are irrespective of country and time. The obligations of non-recognition and non-assistance are also automatic and self-executing, they do not need a determination of the UN Security Council or European Council exactly because some states might be able to use a veto. 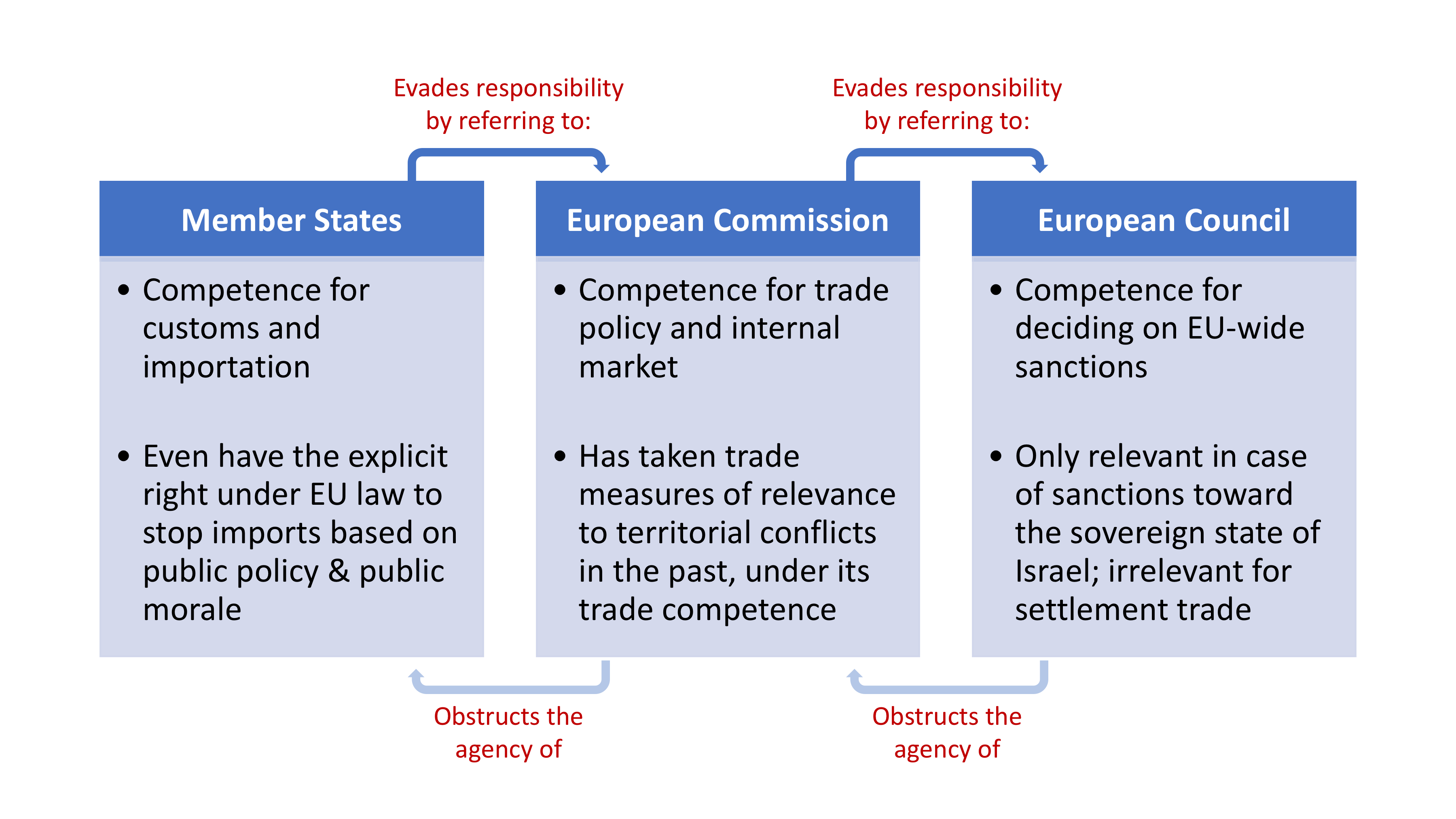