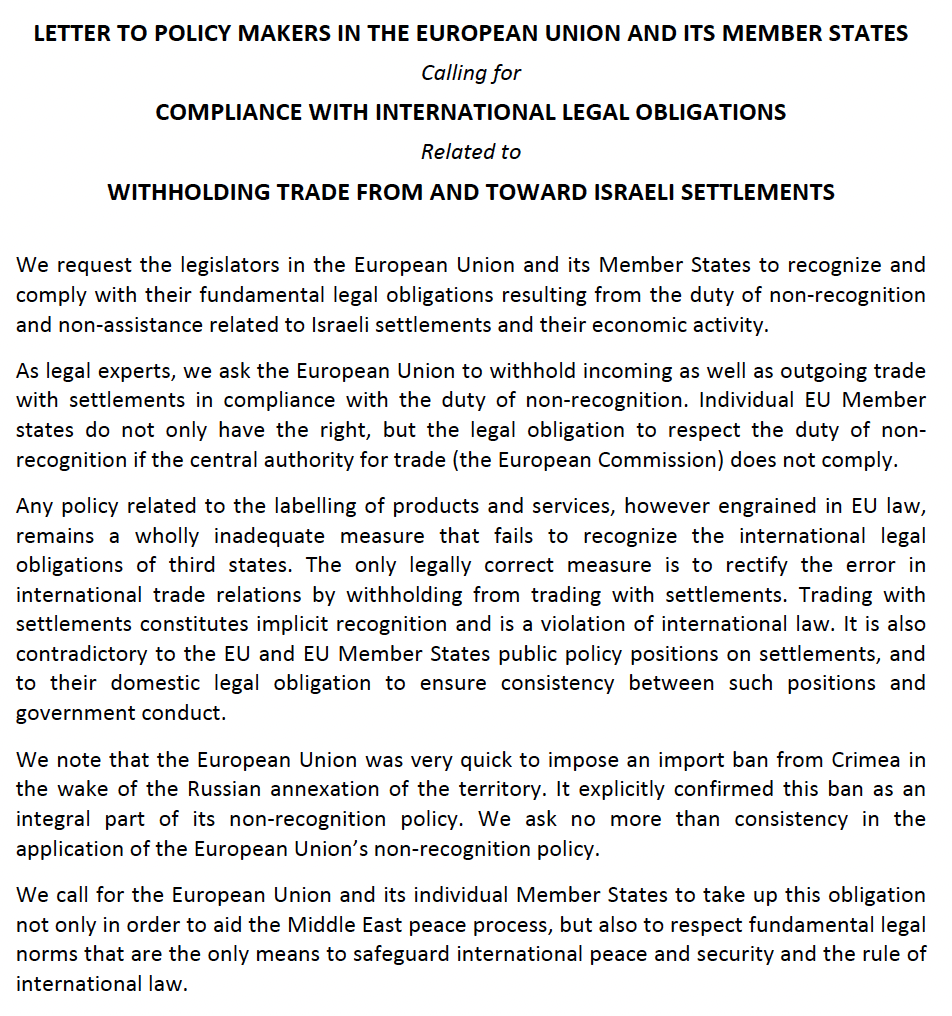 This open letter by over 40 legal experts confirms that trading with Israeli settlements is illegal and calls on legislators in both the European Union and individual Member States to withhold from trading with them.

This peer-reviewed academic article in the European Journal of International Law presents legal evidence that the situation in the West Bank, including Israel’s settlement enterprise, constitutes Apartheid.

This report by the United Nations Economic and Social Commission for Western Asia confirms that Israel has established an apartheid regime that oppresses and dominates the Palestinian people as a whole. This official UN report was eventually censored after pressure by the United States and Israel.

This peer-reviewed academic post in the European Journal of International Law (2017) explains international law and how the consequence of UN Security Council Resolution 2334 on Settlements is that states have to stop trade with settlements.