A Call from Palestinian Trade Unions to Trade Unions in Europe: Mobilize TU members and constituencies to sign the European Citizens’ Initiative for an EU ban on trade with illegal settlements.

Home
News
A Call from Palestinian Trade Unions to Trade Unions in Europe: Mobilize TU members and constituencies to sign the European Citizens’ Initiative for an EU ban on trade with illegal settlements.

Occupied Palestine, [August 30, 2022] – We, the undersigned Palestinian trade union bodies urge all trade unions and trade union federations in Europe to undertake an act of meaningful solidarity with Palestinian workers. We call on you to reach out to your members and constituencies to encourage them to sign in large numbers this European Citizens’ Initiative (ECI) for an EU ban on trade with illegal settlements.

The ECI that we ask you to actively and massively support is not one of many petitions circulating online. It is, rather, an official EU mechanism that can compel the European Commission to act upon European citizens’ demand for a ban of such unethical and illegal trade. Endorsement of the ECI by the large membership and constituencies of trade unions in Europe is absolutely necessary to reach the threshold of 1 million signatures that will oblige an unwilling EU Commission to address this demand.

As all of you are aware, Israel’s colonial settlements in the occupied Palestinian territory, including East Jerusalem, forcibly displace us and steal our homes and lands. They constitute a war crime and are key-elements of Israel’s oppressive regime of apartheid, settler colonialism and occupation.

The European Union regularly condemns these Israeli settlements as a flagrant violation of international law. Nevertheless, it allows trade with them, enabling their continuing criminal existence and expansion.

Finally and importantly, the push for this ECI does not contradict – but is complementary to – the ongoing efforts of parliamentarians in some European countries for national legislation that outlaws trade with illegal settlements. Even the European Commission, which had long claimed otherwise, confirmed recently that such national legislation is compatible with EU law.

Trade unions have the responsibility to protect workers’s rights in their countries, and also to end institutional and state complicity in the perpetration of grave human rights violations. This is a moral obligation towards fellow workers living under conditions of oppression.

We ask you, our sister unions, to answer our call and mobilize workers to sign the ECI #StopTradeWithSettlements. Together, let’s challenge EU double standards and hypocrisy.

By means of this ECI, let’s hold the EU accountable to its legal and ethical obligation to respect the human rights of the Palestinian people.

Palestinian Union of IT and Postal Workers,

The Palestinian Federation of New Unions, 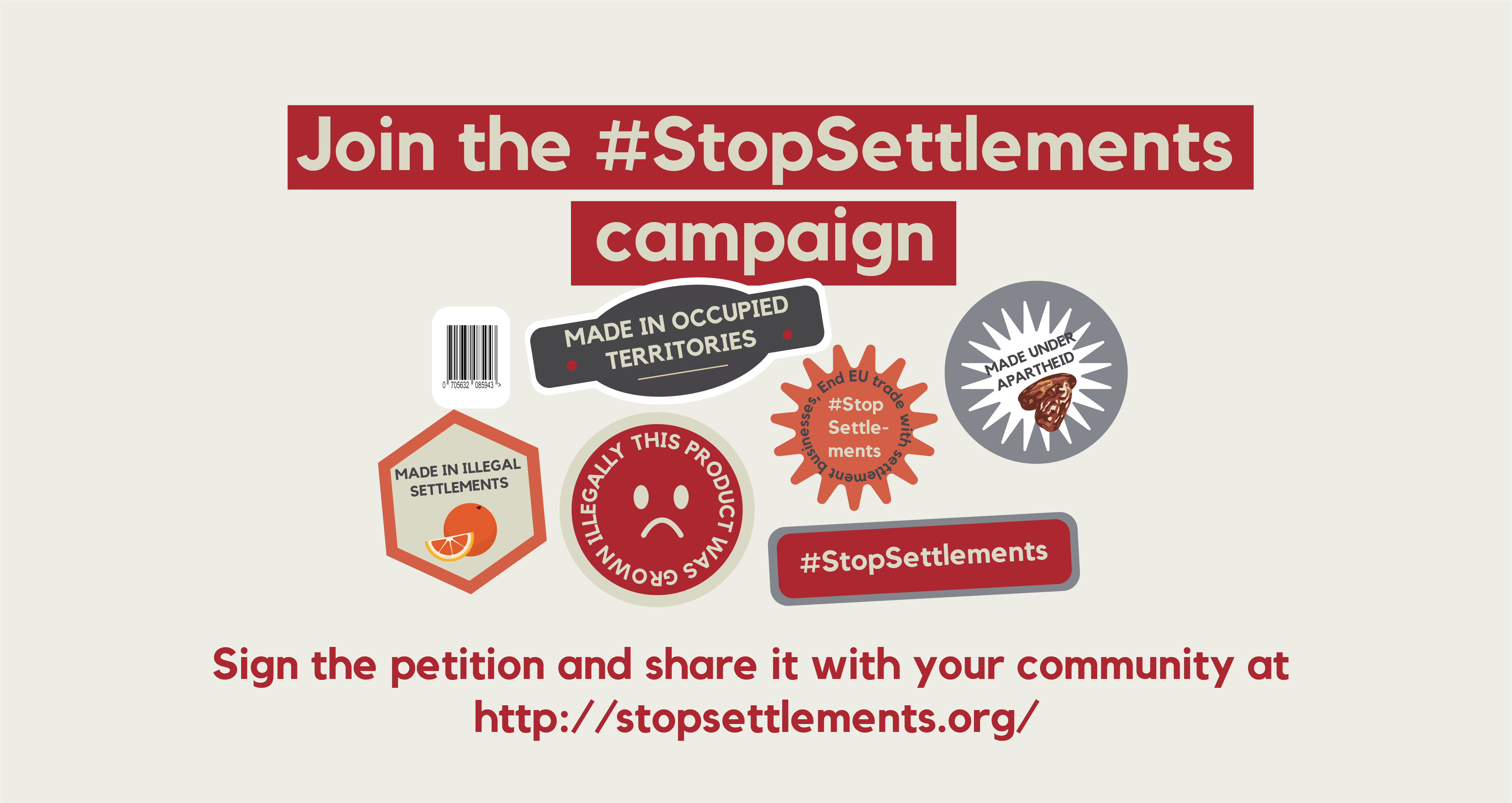