European Commission on its competence to stop trade with settlements

The Agreement establishing the WTO (1994) that confirms the objectives of free trade as raising standards of living, ensuring full employment and a large and steadily growing volume of real income and effective demand, and expanding the production of and trade in goods and services.

The ILC Articles on State responsibility (2001) 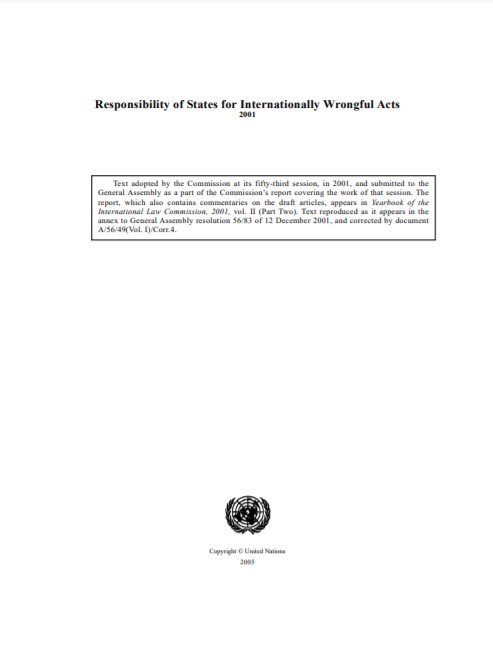 The International Law Commission 2001 Articles on State Responsibility that codify customary international law and recognize that all states have the obligations of non-recognition and non-assistance when another state violates the highest norms of international law.