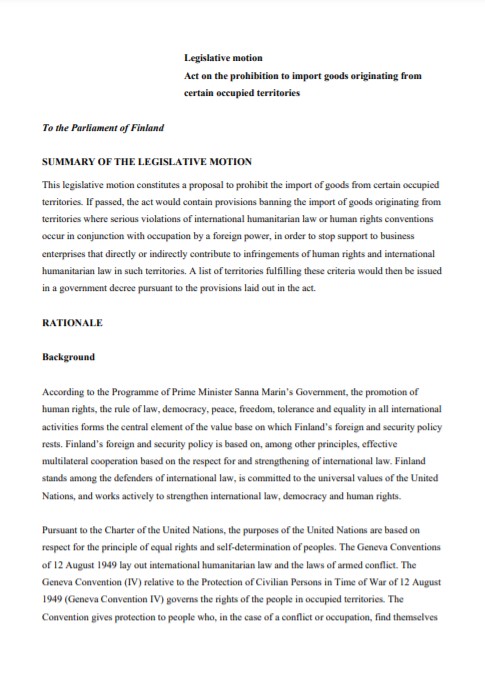 The full text of ‘Act on the Prohibition to Import Goods Originating from Certain Occupied Territories’, introduced by Finnish Member of Parliament Veronika Honkasalo. 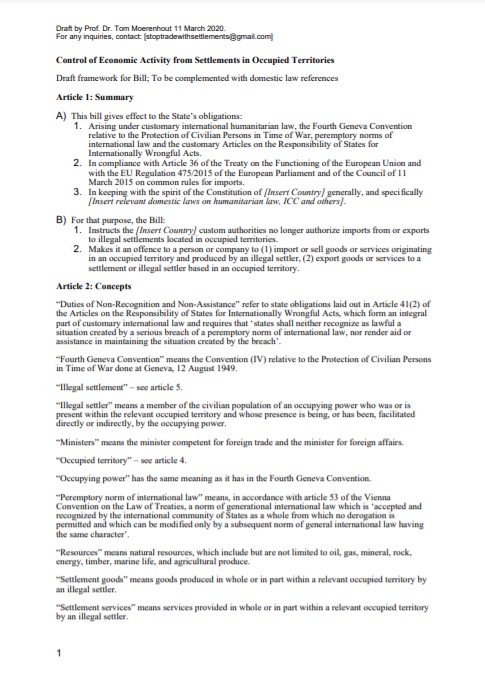